The LUCIOLE project is a subpart of the FLUENCE project.

FLUENCE aims to develop and validate digital applications for the classroom to adapt to the needs of each child and optimize their learning. Based on research data, its goal is to develop fluid and easy reading through specific training targeting underlying cognitive processes (visual/visuo-attentionnal processes) and holistic processes inherent to text reading (orthographical units, prosody, tone groups). As reading speed acts as a catalyst of text comprehension and orthographic learning, the general objective is to improve pupils' academic success significantly.

One of the core hypotheses of the project is that action game modalities can enhance the targeted cognitive processes.

One of the issues is also to provide teachers with an interface allowing them to follow their pupils' progress in real time to provide them with individualized feedback.

In targeting reading fluency and its automation through the use of dedicated digital artefacts, the project follows the recommandation of the CNESCO 2016 consensus conference: « Lire, comprendre, apprendre : comment soutenir le développement des compétences en lecture ».

The part played by Luciole

Luciole's goal is to propose a purposeful task for the control group. It needs to involve:

Through the definition of the experimental design, the other applications of the FLUENCE project act as controls for the Luciole project. Thanks to the project's constraints, we can work on a diverse set of problems and envision long term research.

First, in learning a foreign language, oral comprehension was (in 2012) the competence most lacking for French learners[1]. The constraint of not resorting to reading is thus an opportunity in that regard.

The game modalities draw inspiration from usage based grammars, which, without denying the usefulness of output or other difficulties, state:

Beyond more strictly linguistic competences, one of the aims of Luciole is to prepare the child to evolve in a foreign environment in which they won't understand all utterances and will need to apply comprehension strategies.

Finally, the game aspect of Luciole, founded on narrative (among other mechanisms), will allow us to tackle the notion of playful attitude[3] [4] and its learning output. 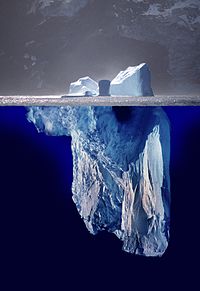 For official credits, please refer to the dedicated page.

Luciole is the brainchild of many people, some on short-term contracts, some in (paid or unpaid) internships, employed by the public or private sectors, and a statutory list as the one below is necessarily offensively reductive:

Operation supported by the French government as part of the e-FRAN work package of the “Investissement d'avenir” Programm, operated by the Caisse des Dépôts